RIBBONS OF REPRESENTATION
Collaboration with Tsehai Johnson for Pink Progression: Collaborations, 2020
​
In 1920 women gained the right to vote with the passing of the 19th Amendment. Despite this, still left out of the narrative were the large number of minority women who faced discriminatory practices that continued to bar their access to voting. Literacy tests and poll taxes aimed to suppress the vote of people of color, immigrants, and low-income populations continued to be levied until the final poll tax repeal in 1964 and the Voting Rights Act of 1965. Today voter ID laws and felon disenfranchisement are among the “lawful” barriers that remain. We must also not forget childcare needs, transportation, or not being granted time off by your employers that affect one’s ability to vote. In many states, voting can happen only on election day, with mandatory polling places linked to their place of residence. For those that work far from home or irregular hours, this may make the act of voting a great burden. These circumstances continue to discriminate against people of color and low-income populations 55 years after the Voting Rights Act was passed.

In Ribbons of Representation, large badges highlight a variety of stories related to individuals not voting. These reasons range from: systemic “lawful” suppression in the form of voter ID laws and felon disenfranchisement; “structural” barriers that overwhelmingly affect the poor such as a lack of childcare or transportation; but also include those reasons all too common among those for whom no formal barriers exist such as general apathy or not feeling that one knows enough about the candidates or topics, or voting procedures. Though the election system in this country is varied and complex, Ribbons of Representation highlights just how many voices are forcefully and willingly left out of the conversation. 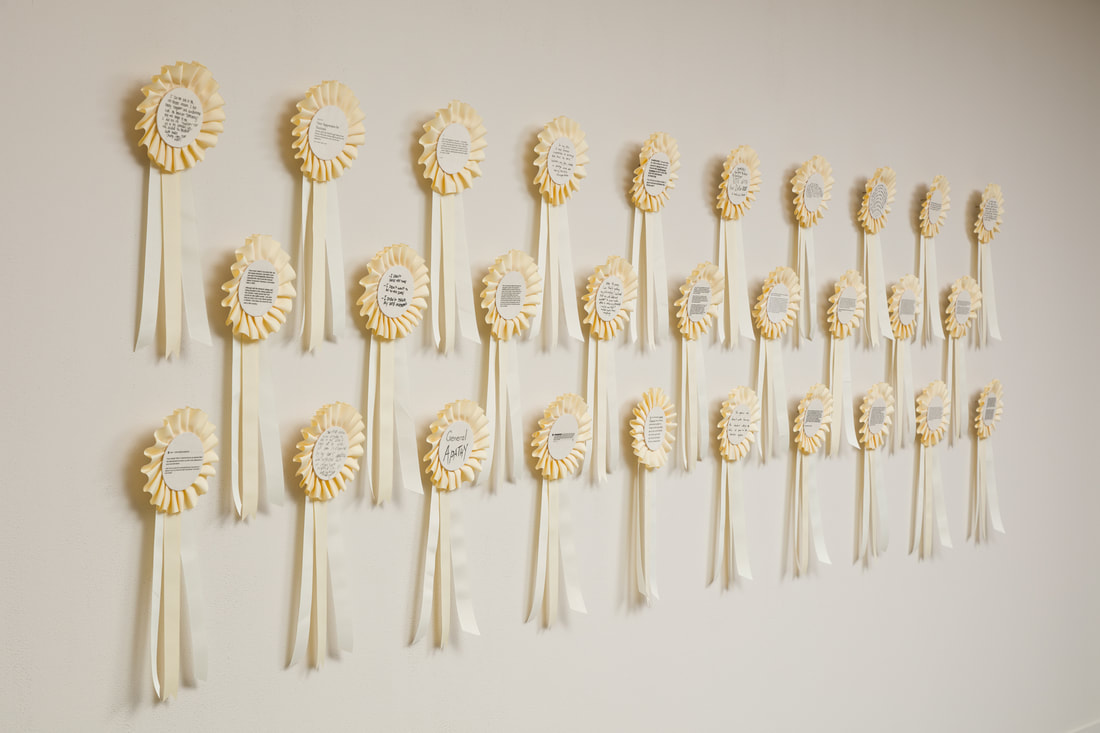